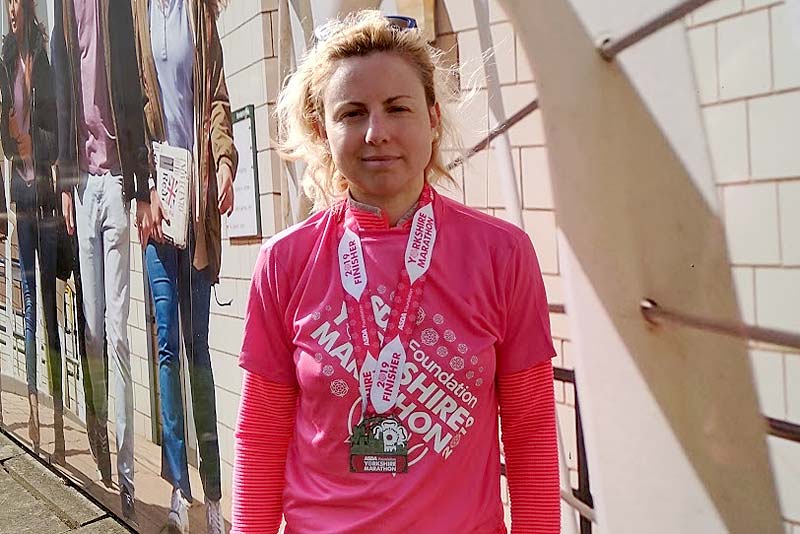 Recently, Newport & District Running Club’s Alexia Tapley completed her first race at the full marathon distance. Despite running for years, she had never taken on a full marathon, and she chose the Yorkshire Marathon, which starts and finishes at the University of York, as her first. The course itself winds its way through some hilly countryside to the north-east of the city, taking in villages such as Stockton-on-the-Forest, Sand Hutton, Stamford Bridge, Holtby and Turkers Wood. Alexia managed a very quick time of 3:43:44, especially impressive as it was her first race at the distance, and she secured 1,108th position (out of a field of 4,296) as a result. Alexia wasn’t the only Novaportan in the race, as Newport’s Helen Edwards joined her in breaking the magic 4-hour mark, with a time of 3:57:32 in 1,718th place.

On Saturday 2nd November, Ellen Deighton went north to take part in the White Rose Ultra. There were a number of distance options, and Ellen chose to do the White Rose 30. The course was actually a little over 30 miles, covering 50km through the hills around Huddersfield on a mixture of roads and trails.

The morning started in bright sunshine, but quickly clouded over, and the rain came down as Ellen reached the halfway point and didn’t let up for the rest of the race. Between the hilly route and the tough weather conditions, the race was a real challenge, and Ellen was pleased to complete it in 6 hours 59 minutes and 59 seconds, just sneaking in under the 7 hour mark.

Also heading north this weekend was Jonathan Pierce, who made the trip to the Lake District to take part in the Whinlatter Duathlon. The event consisted of a 4k run, followed by a 10k bike ride, and then another run, this time 2.5k. The event was held on very hilly terrain, and featured nearly 500m of climbing through the forests of the Lake District. Jonathan managed to complete the course in a very creditable 1:20:14.

On Sunday, Louise Patterson was the sole Newport representative in the Flying Fox 10-miler, a race organised by the Stone Master Marathoners, which took in undulating country roads around the villages of Standon, Maer and Chapel Chorlton in Staffordshire. In tough conditions, Louise did well to complete the course in 2:00:33, securing 246th place.