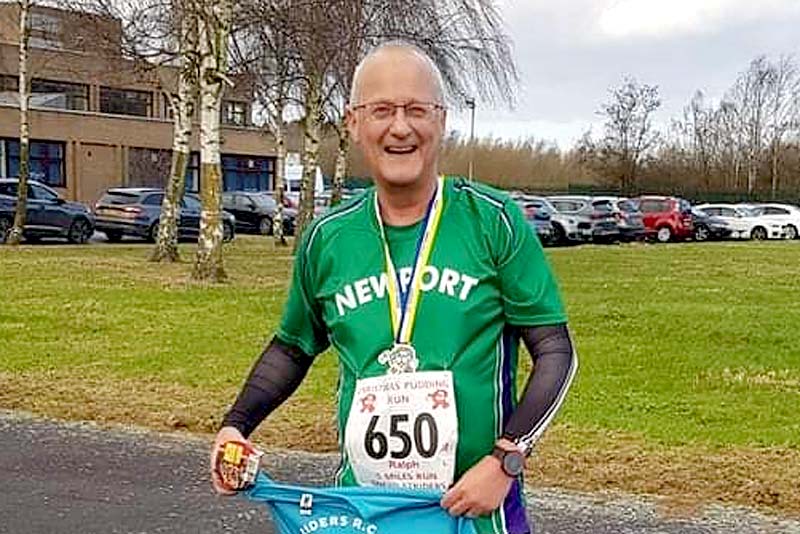 Last weekend, Ralph Humphries got in a festive mood by taking part in the Sneyd Pudding Run, a 5-mile race in the West Midlands, organised by the Sneyd Striders running club. The race is a single anti-clockwise loop, starting near New Invention, near Willenhall, and takes in roads around Bloxwich and Essington before heading back to the finish line, which is in the same place as the start.

262 runners took part this year, and Ralph finished in 60th place with a time of 43:58. Ralph said after the race, of the many people taking part in fancy dress: “I don't mind being overtaken by Santa, elves and donkeys but no way was I going to let Peppa Pig beat me!”. Runners were rewarded with a medal, t-shirt and christmas pudding for their efforts.

This Sunday, four members of Newport & District Running Club took on a tough challenge: the Mortimer Forest Trail Run, just south of Ludlow. Set on a tough, currently very muddy, off-road trail course, this race is 9 miles long, and features nearly 500 metres of climbing. The race starts and finishes near the village of Overton, and for much of the route follows the Elan Valley Pipeline through which Birmingham’s water supply flows.