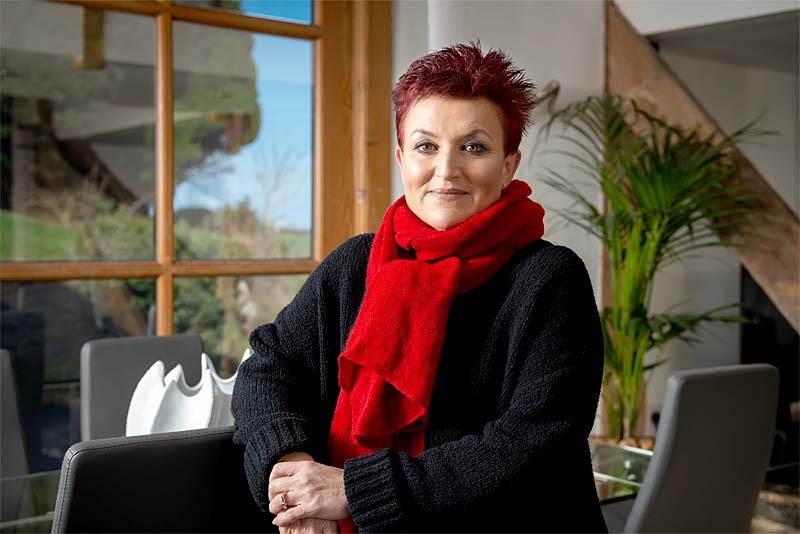 The incoming High Sheriff of Shropshire has been officially welcomed by Her Majesty the Queen at a traditional ceremony in Buckingham Palace last week.

The ancient ‘pricking’ ceremony is an annual tradition in which Her Majesty hand pricks the names of the incoming High Sheriffs onto parchment roll using a royal silver bodkin — with Mrs Dean Harris of Berrington officially taking on the role from April 2020 to March 2021.

The pricking ceremony dates back to Elizabeth I’s time, who was doing her needlework in the garden when the list of High Sheriffs was brought to her. Without a pen available, she used her silver bodkin to approve the names, leaving holes in the parchment roll — a practise which is still used to this day by Queen Elizabeth II.

On 3rd April, Dean Harris will make her official declaration in accordance with the 1887 Sheriffs Act and will then subsequently take office.

The office of High Sheriff is an independent, non-political, Royal appointment for a single year. It is the oldest continuous secular office under the crown, and can be traced back over 1,000 years when the ‘Shire Reeve’ was responsible to the king for the maintenance of law and order in the county, and for collection and return of taxes due to the Crown.

The role has evolved over time and today involves upholding the ancient office of High Sheriff and to make a meaningful contribution to the county, as well as supporting key areas of society including the Judiciary, the Police and other law enforcement agencies, the emergency services, local authorities, recognised faith groups and charitable organisations.

She said: “It’s a great honour and a privilege to have been chosen to serve as Shropshire’s High Sheriff for the year 2020-21. In no way do I underestimate the demands and challenges of the year ahead and I hope to do justice to the role.

“I’m taking over from Dr Josh Dixey, who has absolutely done the role proud over the last year. I will be making my declaration in the presence of His Honour Judge Barrie and His Honour Judge Lowe. I’m also very grateful to be supported by my husband Mark, my Under Sheriff Madeleine Butcher and my Chaplain The Reverend Matthew Stafford.

“I’m hugely excited about the opportunities ahead of me and am very much looking forward to bringing people together to make a real and positive difference in and around our wonderful county. I recognise that I’m an ordinary person with a unique and extraordinary opportunity. As I was told at the start of my shrieval journey, ‘you will have stardust for 12 months’ and I fully intend on sprinkling it!

For the last 20 years, Dean has served as a local Magistrate in Shropshire, and as such, has seen first-hand some of society’s current issues. Her focus during her shrieval year will be mainly (but not exclusively) on domestic abuse, addiction, and child poverty and deprivation — not easy subjects, but sadly all very real in Shropshire.

She added: “My mission is to support, encourage and recognise the organisations, charities, voluntary groups, and individuals who work tirelessly to uphold and maintain the fabric of our society.

“I’m aware that many in Shropshire may not be familiar with the role – and so it’s my aim to promote the role of High Sheriff to ensure it remains relevant to society and the local community. I am committed to our beautiful county and all those who live and work within it, and I hope that my work over the next 12 months can bring people together to have a positive impact on as many people as possible.”

Josh Dixey, current High Sheriff of Shropshire who has held the role from April 2019 to March 2020, commented: “The role of High Sheriff provides a great opportunity to promote good causes and help those who are less advantaged. I’m very confident that Dean will be a great asset to the people of Shropshire during her year.”