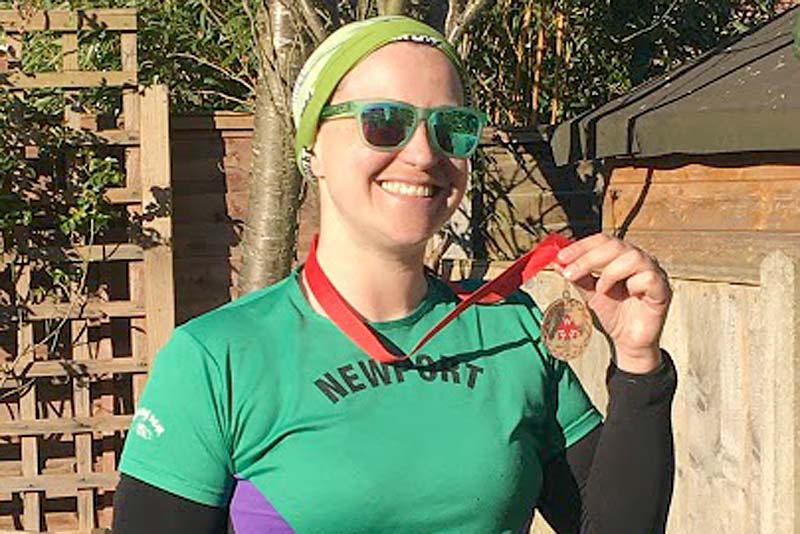 With this lockdown easing, outdoor running events are now possible, with certain restrictions, and Tatton Park were one of the first places to put on a race in 2021, holding their 10k event on April 10th. The race took place on a beautiful morning over an undulating picturesque course in near freezing temperature, which included deer as spectators.

Their Covid-save procedures included a rolling start to minimize crowding, and Martin Murdoch, of Newport & District RC, was one of the first people to sample a non-virtual race post-2021 lockdown. He joined 661 others on the start line, and came home in 405th place, with a time of 54:37. This was an improvement on his previous time at the event, on the same course in December, by 2 and a half minutes.

The Millennium Way is a 41 mile trail running from Newport to Burton on Trent, and, each year, runners sign up to tackle the whole trail in a single day. As organised sports events are allowed to resume, races are cautiously making a comeback, with a number of Covid-19 safety measures in place.

Ellen Deighton took part for her fourth consecutive year, with 2020’s race being one of the last events before the first national lockdown. Runners signed up for a 30 second start time, allowing for a staggered socially distant start. The race briefing was videoed and sent out in advance, and so the race had a strange feel as runners left the start area individually at their assigned time instead of the usual mass start.

The first hour or so saw runners heading along the old railway line towards Stafford in the snow, but by the time most runners reached the first checkpoint the sun had come out, and it stayed that way for most of the day. Runners were even more spread out than usual due to the staggered start and a smaller field of participants, but there was still plenty of encouragement when runners did pass each other, as well as from members of the public along the way.

The snow made a brief return around 7 miles from the finish, but luckily the sun soon came out again as runners ended the route along the canal into Burton on Trent. With venues still closed due to Covid, there was no finish line - instead, runners returned their trackers to the race director’s truck, where the medals were left out to collect in a socially distanced way. A strange ending to the race, but runners were very grateful to be able to take part in a race at all!

Full results are yet to be announced due to the differing start times making this more complicated than in previous years, but Ellen was pleased to run her fastest time for this race by quite a margin, finishing in around 8 hours and 55 minutes.