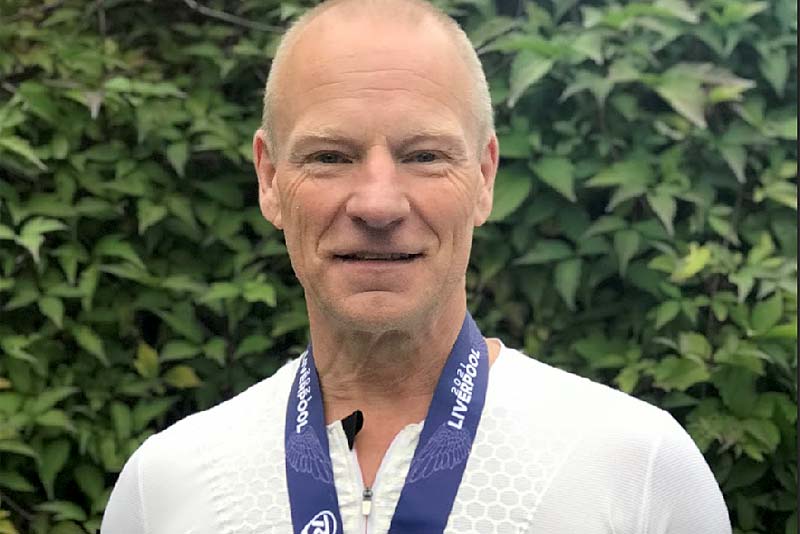 Last weekend, two runners from Newport & District Running Club took to the streets of Liverpool for the “Rock ‘n’ Roll” marathon! Aptly named, due to the musical heritage of the city, as well as the musical entertainment that lines the course, this race takes in some of the most iconic landmarks that the city has to offer, such as the docks, both football stadiums, Penny Lane, the Liver Building, Liverpool Town Hall, and the Chinese Arch.

Jonathan Pierce finished in a Personal Best ever time of 3 hours, 44 minutes 53 seconds, and was 454th finisher overall. He said of the race: “It was a great event with bands every few miles to entertain you.

It was an undulating course bar the last section along the Mersey.” Louise Patterson was the other Novaportan runner to take part, and despite having run the London Marathon just 3 weeks earlier, she managed a time of 5:47:30 to take 2,033rd place in the race.

Louise said: “Liverpool was harder than London. I smiled from start to finish at London, whereas this time I was already thinking of the finish line and how far away it was in the first 10K.

The marathon takes you out to Goodison and Anfield football stadiums and whilst I enjoyed running past Dixie Dean and under The Kop, it is a climb away from the docks at the start.

The second half was less undulating and slightly enjoyable going through Princes, Sefton and Otterspool parks, despite my body aching from overuse, before heading onto the Mersey Promenade for the last 4 miles with a slight tailwind.

Tears of joy and sheer relief it was over at the finish line before heading back to the hotel to watch Liverpool dismantle Man Utd 5-0, which was almost as joyous as knowing I don’t have to run another marathon any time in the next half a decade.”

Celebrating 21 years of Service in Newport