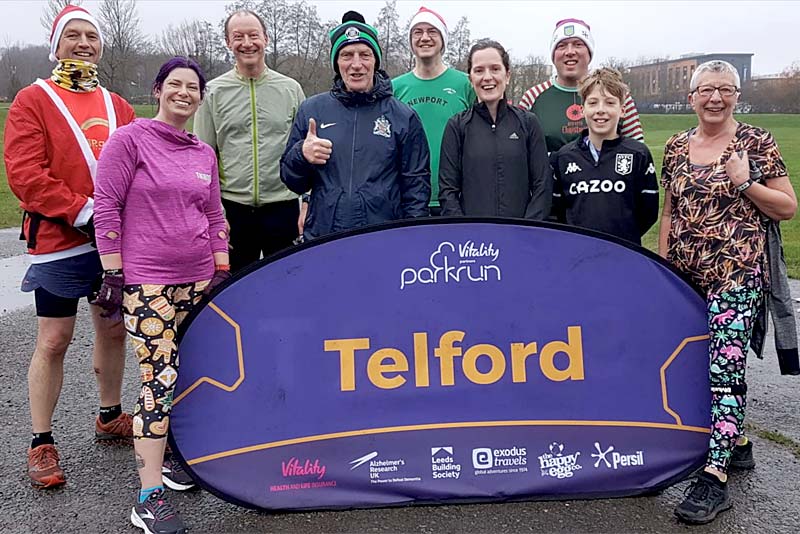 On Christmas Day, Telford parkrun held their first ever official Christmas Day parkrun, and a number of Newport & District Running Club members were in attendance.

Amongst them was Emily Pope, who was running her 100th parkrun, one of the official parkrun milestones, and one which requires the equivalent of almost 2 years of attending parkruns at 9am on Saturday mornings.

A deeper dive into Emily's parkrun stats shows that 58 of her 100 runs were at Telford, whilst she has also run 11 times at Evesham, 9 times at Killerton, 6 times at Shrewsbury, twice at Isabel Trail and Falkirk, and once at each of Folkestone, Catton, Abingdon, Cannock Chase, Franschhoek, Whinlatter Forest, Princes, Worcester, Plean, Cranbrook Country Park, Lanhydrock and Bath Skyline. Her all-time parkrun PB is 21:28, which was set at Telford parkrun on February 3rd 2018, a time which carried an impressive age grading score of 68.94%. For this Christmas Day milestone run, Emily ran with her mum, Pamela Smith, who was doing her 76th parkrun.

There was a great atmosphere on the morning, as the pre-run rain went away as the event started, and runners were treated to Christmas tunes played by a trumpeting marshal who was positioned on a part of the course on the Silkin Way. The was also some great support by friends and family of runners who were also in attendance, and the uphill sprint to the finish was well-lined with supporters.