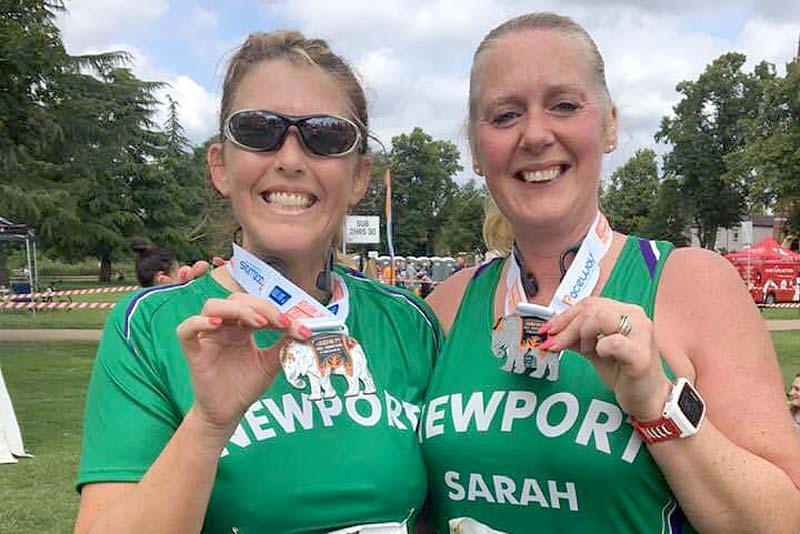 Sarah explains: "My time was 2:15:01. It was a lovely race around Leamington Spa and the rural surrounding villages. There were 1600 runners, it was an undulating course and very hot!" It was not a Personal Best for Sarah but the best Half Marathon time for the year so far out of 5 that she has completed.

The annual SaTH funday on Sat 6th at The Royal Shrewsbury hospital saw one Newport runner take part in the 5k run around the hospital grounds.

Trudy Grant and her friend Georgina Westwood (from Telford Harriers) took part in the run which took them on one short lap and one long lap of the hospital surroundings. The weather was rather cloudy which was a complete contrast to the horrendous heat in last year's run. Both running together they came over the line in 36:06.

Donna tells us, "It was hot, hot, hot, Just like the winter race where we expect snow and it doesn't fail to deliver. It was a different course to the previous winter runs, now out and back, lots of hills (its not named Walton on the Hill for nothing) with last mile uphill trail for good measure!"