news » it is all virtually for newport 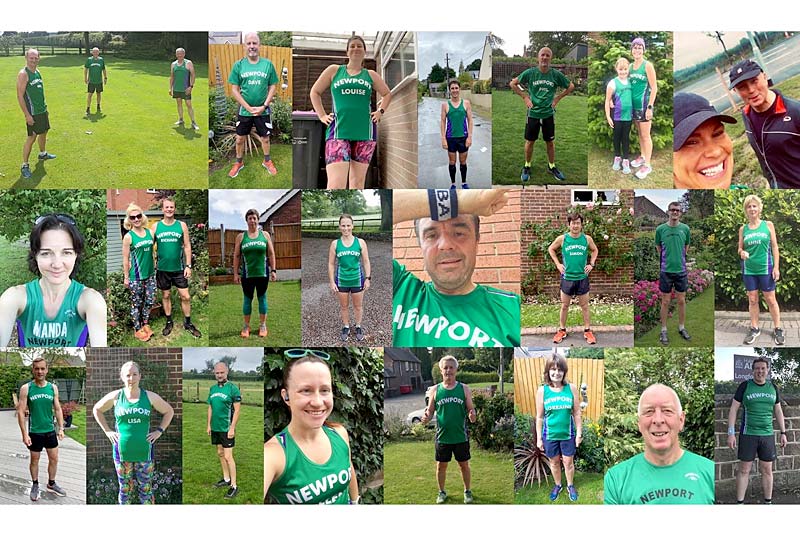 The format was simple: runners were asked to run their own 10k course near to where they live, and send in their time, with evidence, to the club. Whilst no prizes or mementoes were available, the race was free to enter, and full results were published.

NDRC’s own Joe Phillips was the fastest runner on the day, taking first place with a very quick time of 34 minutes, 32 seconds. He was just over 5 minutes ahead of second-placed Robin Guy, also of Newport & District RC, who clocked a time of 39:46. The virtual podium was rounded off by James Ingram, of Telford AC/NDRC, who finished in 40:54.

As the race was open to anyone, anywhere, there were times submitted from a range of geographical locations, including New Zealand, where Emily Holland ran a time of 1:01:05 to finish in 34th place, Newcastle-Upon-Tyne, where Rupert Taylor took 27th position with a time of 56:36, and Cleobruy Mortimer, where Andy Palgrave (Cleobury Mortimer RC) recorded a time of 1:04:45 to take 37th place.

Newport & District Running Club’s next virtual 10k race will be held on Sunday September 13th 2020, in place of the cancelled Tibberton Trot, which has been moved to next year due to Covid-19. Email publicity.ndrc@gmail.com for more information.