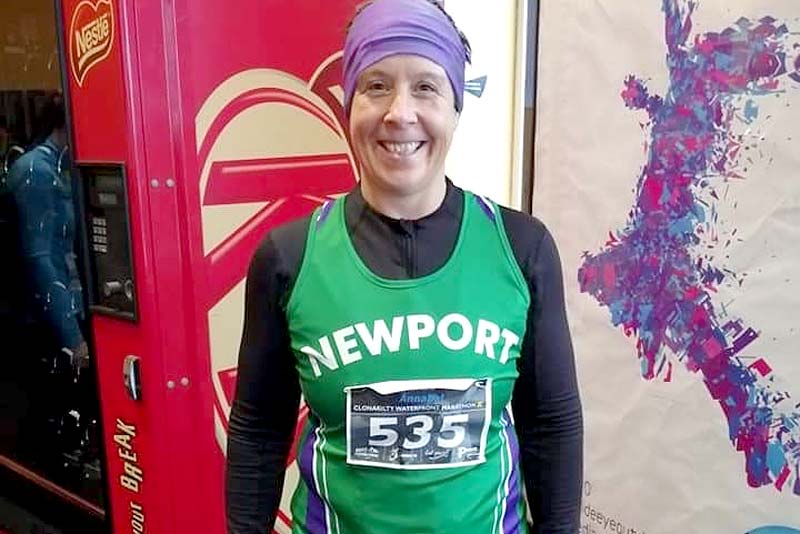 On Saturday, Annabel Montgomery completed her fourth and final marathon of the year at the Clonakilty Marathon in Ireland, setting a PB in the process. Annabel was the only Novaportan representative in the field of over 500 runners, who were joined in the event by a 10k race and a half marathon which started and finished in the same place.

The marathon route took runners through Clonakilty town itself, before passing the waterfront and following the coast towards Inchydoney Island Lodge & Spa. The route also takes in the villages of Garranagolleen, Hayes Cross and Rathbarry, offering occasional views of the atlantic ocean, before heading back towards the finish at Clonakilty Park Hotel.

Annabel ran a strong race, despite windy, hilly conditions, and secured a new marathon PB of 4 hours, 26 minutes, 50 seconds to secure 294th place in the race. Annabel is now looking forward to a rest before starting her training in January for the 2020 Manchester Marathon.

On Sunday, Steve Cannon was the sole Newport representative at the Victory 5, a 5-mile race in Portsmouth which, now in its 73rd year, has been run by City of Portsmouth AC since 1946. The race is considered one of the leading 5-mile races in Europe, and is one of the longest-running organised running races in the country. In a field of 815 runners, Steve was 629th in the race, clocking a time of 46:09.

On Sunday, Newport & District Running Club’s Matt Lee took on the Cardington Cracker, a brutal 9-mile fell race over the hills to the east of Church Stretton, starting and finishing in the village of Cardington. Taking in the summits of both The Lawley and Caer Caradoc, the race contains over 800m of climbing, with the same amount of descending on tough terrain. Despite the tough conditions, Matt was 166th in a field of 249 runners, clocking a time of 2:04:56