news » Newport in Bloom to fund hanging baskets this Summer 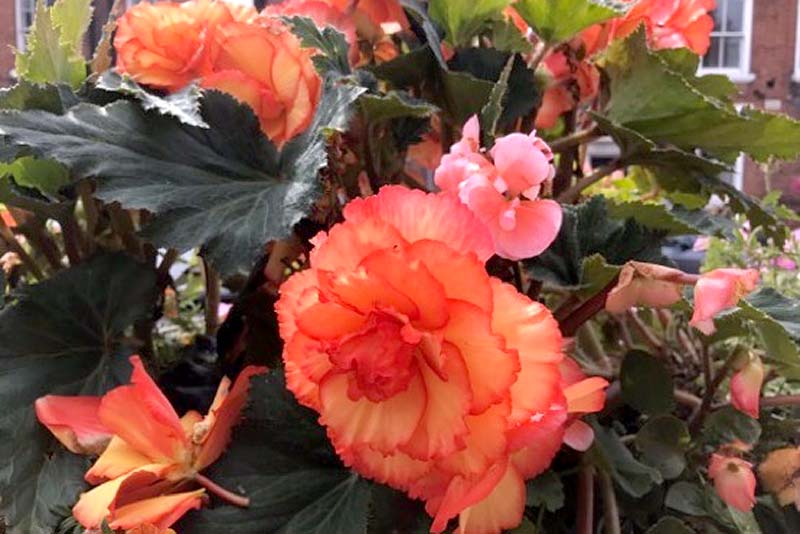 Newport in Bloom has already expressed its gratitude to the Town Council, the local businesses and residents of Newport, on more than one occasion, for the outstanding support that they received last year, not only enabling them to win two major regional and national RHS awards but also leaving them with a surplus of funds at the end of the season.

We are all aware that this year is a very trying time for everybody and many businesses are struggling with a loss of income during the shutdown. The Newport in Bloom committee has decided that they would like to step in and fund their "Baskets for Business" initiative themselves this year, to ensure that the town looks as attractive as possible, without burdening local businesses with any additional financial outlay. Those businesses which have already ordered and paid for a basket will be offered a refund within the next few days.

Inevitably there will be fewer baskets and planters than last year and there will not be a uniform colour scheme as the nurseries are also struggling with their own businesses and suppliers. However, floral displays featuring all the colours of the rainbow could hardly be more appropriate as a reminder of the town's support for the NHS.

Although Newport Town Council and Newport in Bloom will be ensuring that the High Street is colourful again this year, they would like the assistance of the children in brightening up other areas of the town.

We think everyone would agree that our children have done a marvellous job of decorating windows with rainbows and dinosaurs. Now Newport in Bloom would like them to sow sunflower seeds in their front gardens and in favourite spots that they have walked or cycled with parents during this lockdown. A show of sunflowers in front gardens and maybe along the canal, the old railway line or down alleyways will help to brighten the area as well as encouraging the bees and feeding the birds later in the year. Obviously the children should be discouraged from planting in any formal beds and parents should bear in mind that the sunflowers will need some form of support if they grow very large. This is not a competition to grow the largest sunflower, this is just a bit of fun to see how many sunflowers shoot up in all kinds of unexpected places later this summer.

If anybody has difficulty finding sunflower seeds, or has any questions, the group can be contacted via Facebook or at newportinbloom@yahoo.com