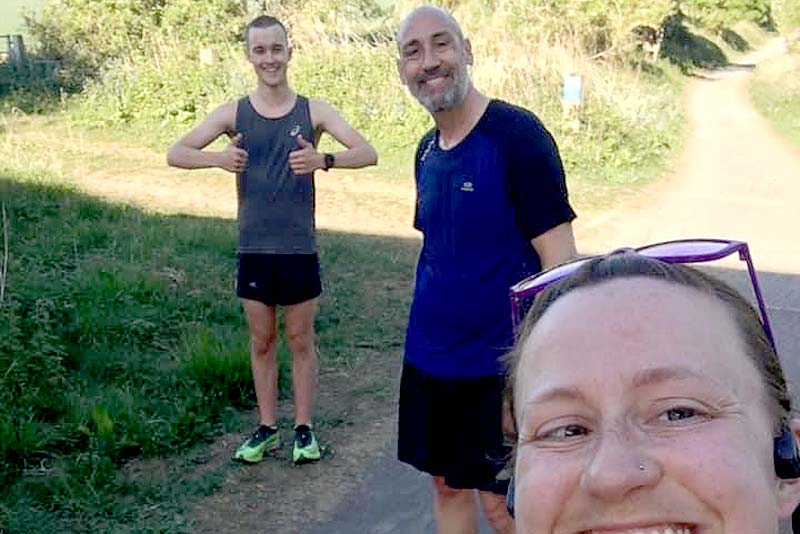 Mass-participation running events have been put on hold for the moment, due to the COVID-19 pandemic, but Newport & District Running Club have been hosting “virtual” events that members can take part in, whilst also following social distancing guidelines, including virtual 5k runs on Saturday morning, in place of the usual parkrun events. Runners do their runs on their own, then send in the times, where they are collated into a results table.

Last Thursday would, in normal circumstances, have been the date of the Attingham Relays, but this year, the event has been put on hold. To fill the gap in the calendar, 66 members of Newport & District Running Club were split into 22 teams of 3, and each person ran a 2-mile leg on their own or with members of their household, whilst following social distancing. This added up to a total distance per team of 6 miles, with the final team time and positions worked out by adding the times together.

There were a variety of different types of teams entering, including the “Three Generations” team, made up of John (22:33), Oli (16:32) and Harry (20:54) Stokes, who recorded a team time of 59:59, and who are three generations of the same family. Another family team were The Three Crosses team, as Phil (14:07) and Denice Cross (23:59) entered with their daughter Hannah (16:18) to complete a total time of 54:24. One team went so far as to make up their own wearable “bib numbers” as if they had entered a mass participation relay, and even co-ordinated their runs one after the other; Sarah Higginson (18:24) joining husband and wife Helen (16:02) and Maurice Reid (14:22), in simulating the event as closely as possible under the circumstances, for a team time of 48:59.