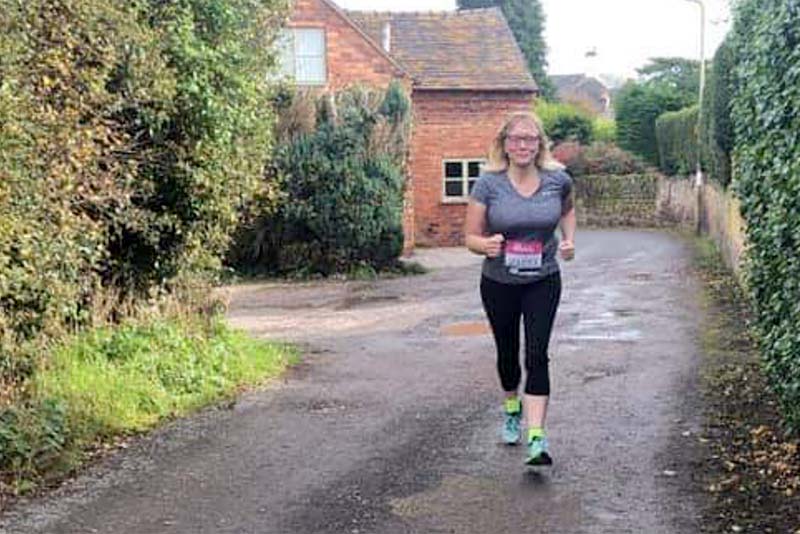 The London 10,000 is a 10k running race which takes place around the streets of London annually, usually towards the end of May, starting and finishing in front of Buckingham Palace.

This year, due to the Covid-19 pandemic, the race had to be cancelled in its usual form, but the organisers hosted a virtual version instead, which took place between Saturday 24th October and Sunday 1st November. Runners were invited to run their 10k in their home area, and submit their time to the organisers.

Newport & District Running Club members Liz and Gary Mountford have enjoyed taking part in the event in the capital city previously, and decided to take part in the virtual version this year

Liz said: After running the Vitality London 10k for the past two years as a family, we felt sad that the race would not go ahead this year so although the family could not all get together, Gary and I decided to do the virtual 10k.

Although the atmosphere wasn’t the same as London we had fun imagining we were running through the streets of Westminster; Adams Grammar School was Buckingham Palace, St Nicholas Church was Big Ben and the bridge over the canal was Tower Bridge!

Gary completed his race in 46 mins and 21 seconds running up to Lilleshall sports centre and around the country lanes and back down the high street. My time was 1 hour 22 minutes following a different route to Gary but also finishing in the high street.