news » Proms in the playground get kids finger snapping 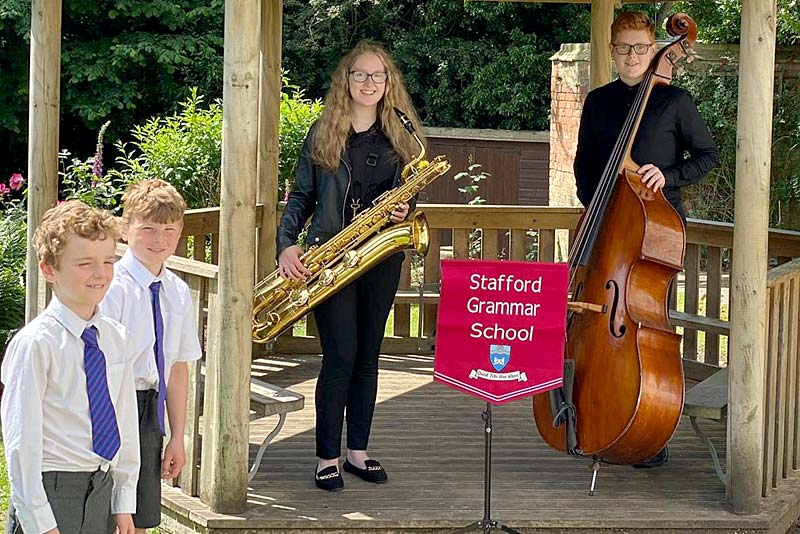 Proms in the playground get kids finger snapping

A blend of Dixieland and 1940s swing got Newport youngsters finger snapping and toe-tapping when teenage musicians dropped in at their school to share a passion for jazz.

As Stafford Grammar’s Big Band performed proms in the playground, they steered pupils at Castle House School on a musical journey which began in the style of pioneering early 20th century New Orleans Dixieland, through to traditional jazz, swing, 1960s gospel and funk music.

The visit was part of a whistle stop roadshow which also included trips to Stafford Prep, Yarlet and Stone-based Christ Church Academy.

Gavin Lamplough, Stafford Grammar’s director of music, said: “The sousaphone is like a wrap-around tuba.  It’s fun, light hearted and is quite a spectacle!  Our Big Band members also belong to a Dixieland group and they played a piece at each venue as we wanted to give youngsters a history of that American popular style.

“The aim was to inspire them to take up an instrument, if they don’t play one already, and to show them a style of music they might not ordinarily come across.”

Proms in the playground get kids finger snapping