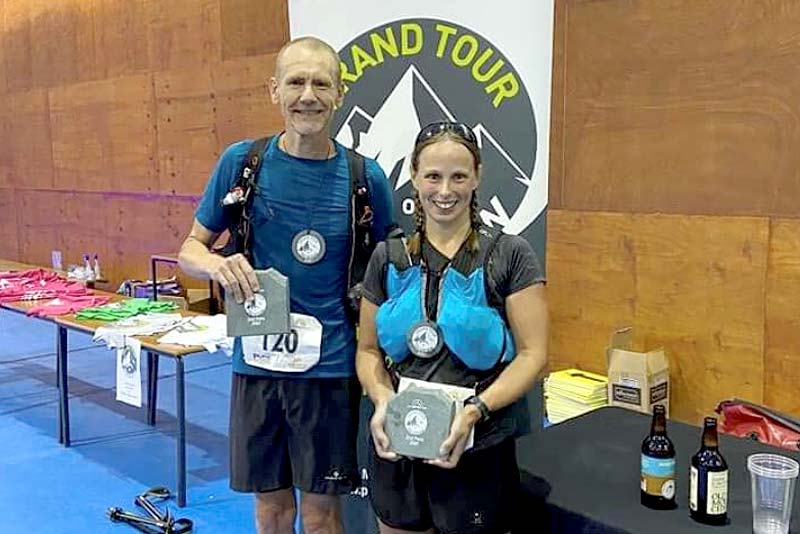 A husband and wife team of runners from Newport were the second team across the line in one of the toughest running events in the country last weekend. Jennie and Darren Waters from Newport & District Running Club entered as a team in the Grand Tour of Skiddaw, a 44-miles trail race in Cumbria with 7,136 feet of ascent.

Jennie described the course as “a beautiful route that starts in the grounds of Lime House School near Dalston, follows the Caldew river to Caldbeck before heading up over the fells - High Pike, up to Skiddaw House, across to Latrigg, up Skiddaw,

Longside Edge before heading back to Caldbeck and Lime House School via Fell Side. With the weather being good, there were fantastic views across the Northern Lake District and Bassenthwaite.”

Jennie and Darren came in 54th place overall and were the 2nd team to cross the finish line. They were also the first mixed gender team to finish. Their total time was 12 hours, 2 minutes and 18 seconds, and they were just 36 minutes behind the first placed team.